Thanks to Farnham Angling Society’s support, eight Cubs from 1st Finchampstead Scout Group had a simply fantastic days fishing on Kings Pond. Most of the boys (aged 8 to 10) had never been fishing before and having arrived by mini bus we were excited at the thought of a great day’s fishing. We were met by Ian Gray, the Secretary of Farnham Angling Society who had helped make the day possible with the support of the Environment Agency who had supplied us with whips and pole float rigs, bank sticks and ‘Fishing Introductions Packs’ for the boys and with Farnham Angling Society providing the venue, pellets and groundbait, landing net handles and some terminal gear for the cubs to practise making up their own float rigs for the future. 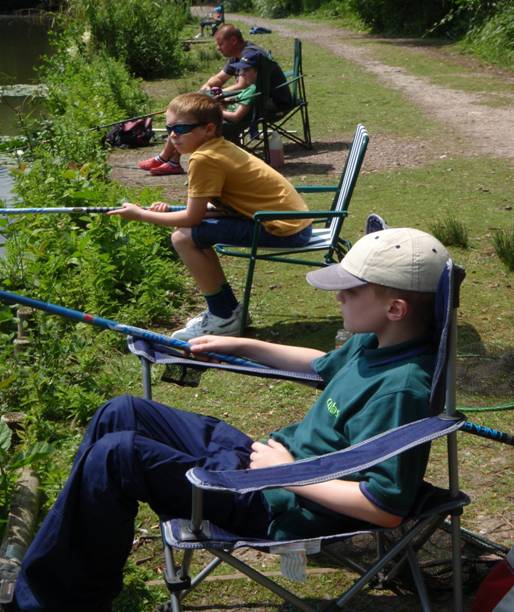 The boys were very keen to get fishing so after some help tying pole fishing rigs to the whips and instruction on plumbing up it wasn’t long before we had some bait in the water. Half the anglers fished pellet and half started the day on maggot. No sooner had Ryan’s float settled it slid off under the water, one of the first boys to get started. Unfortunately the fish was lost, but Ryan was soon fishing again. 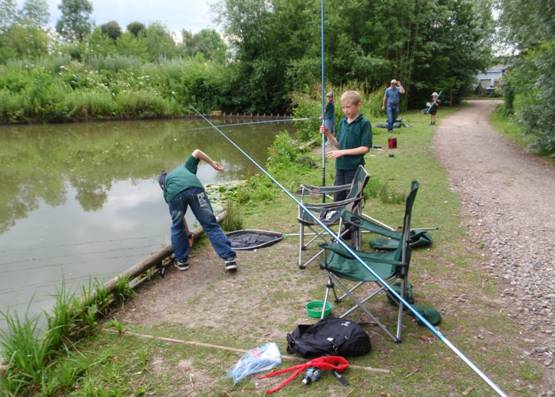 With a little help from their scout leaders, fish soon started ending up in the net. Crucian carp, roach and perch were the main species caught on the day. The fishing had started at about 10.30 and come lunchtime everyone was ready for a drink and sandwich. During the break, the cubs were shown pictures of the popular course fish to help them identify their catch. 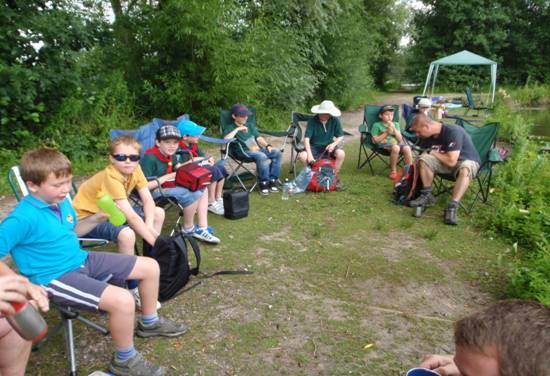 Just after lunch one of the cubs called for a bit of help with a rather unusual catch. While the cubs whip was lying on the bank side a moorhen had taken a fancy to a tasty red maggot, and got a little more than he bargained for in the form of a size 18 barbless hook. The moorhen was quickly released from the end of a 4 metre whip none the worse for wear for the experience of being the day’s biggest catch! 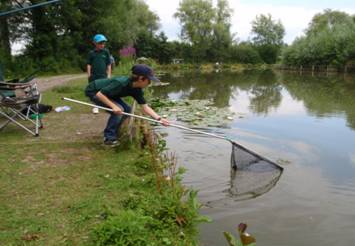 Out of the 8 young anglers only two had not caught by lunchtime. Time for a change of bait for young Adam, one of the two anglers yet to catch. On went a worm and in less then 10 minutes, a lovely small still water chub was the result, job done! Soon everyone had caught at least two fish and it was time to give the poor carp anglers near by some peace and for us start to pack up. 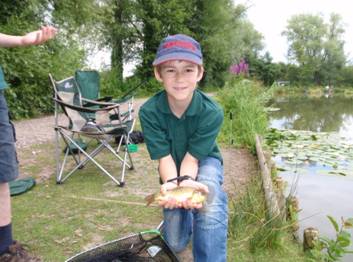 I’m not really sure at the end of the day whether the new young anglers, or the leaders offering guidance and encouragement got the most out of the day. Our mini bus certainly returned to Finchampstead with a full house of smiling faces. Very many thanks to Ian Gray and Farnham Angling Society and Adrian Bicknell at the Environment Agency for sponsoring this event that we will remember for a very long time to come.