Match fishing is a very specialised area, no different to any other areas of specialist angling, such as dedicated Specimen Hunters, Lure Fishermen or those dedicated to Predator or Carp angling. A fundamental difference being that the match date and times are fixed and generally do not take place at the perceived ‘ideal time’, that many anglers would choose to fish. In addition, you fish rain or shine, wind or snow and matches are rarely cancelled, so you will need adequate clothing to fish and concentrate to the level required if you wish to compete !

Even if you decide that you do not wish to compete in the matches, pleasure anglers will learn a great deal from watching a match in terms of learning the best pegs at certain times of the year, in different conditions and on many FAS venues and can gain invaluable information from matchmen that have spent many years learning their trade on FAS’s fisheries. I would only ask that if coming down to watch a match, please be respectful of those fishing, be very careful of their tackle (especially rods that may be laid down on the ground), that will be set out around them to enable easy access and ask if it is OK to sit behind them and observe them. I would suggest that you observe initially, maybe ask the occasional question, but save them for the end of the match as you must accept that they are there to compete and will have invested considerable time and money into the 5-hours that they are fishing for, so they will need to concentrate.

I hope that the following provides a little further insight into the match scenes at FAS and we always welcome new members and would suggest that you come down and watch a couple of events for the crucial last two hours along with the weigh in to see if it appeals to you. Please remember that the matches are obviously competitive, but if you are new to this area of fishing, just book into a match and enjoy it. Just give it a go, you will never know until you try, and it may just open up a whole new fishing world to you.

With winter matches providing winning weights of 30lb+ and pleasure bags of silver fish to 40lb+ being possible in a 6-hour session, we at FAS like to think it is still one of the fairest and best match waters in the area. 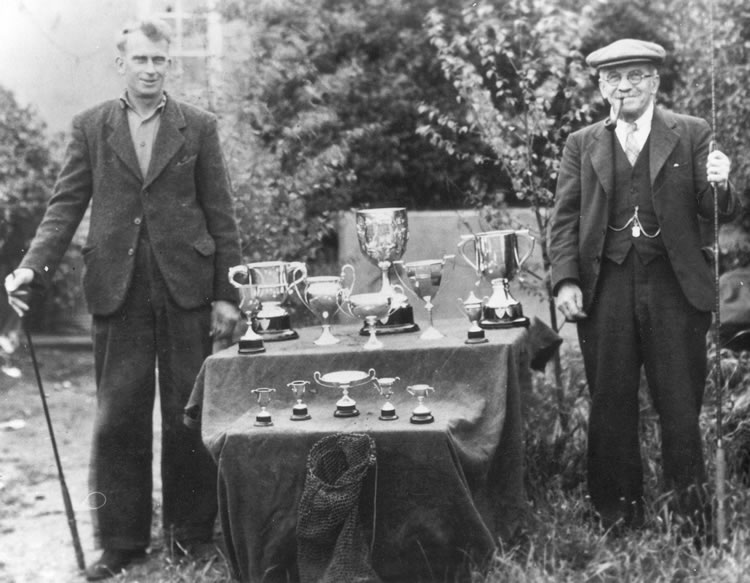 The Farnham Angling Society match scene was one of the biggest and best in the area, with a lot of top rods from local and further a field going head to head every week, in individual matches and series events like the Summer and Winter Leagues.

The whole atmosphere generated at Farnham’s big events, with 40-60 anglers participating at a time, was absolutely fantastic.

The 1990’s was a golden era for Farnham Angling Society matches, with the very best match anglers in the South of England wanting tickets for our events, many of the England squad past and present, including the World and European Champions graced our matches on a weekly basis for a period of 4 to 6 years. 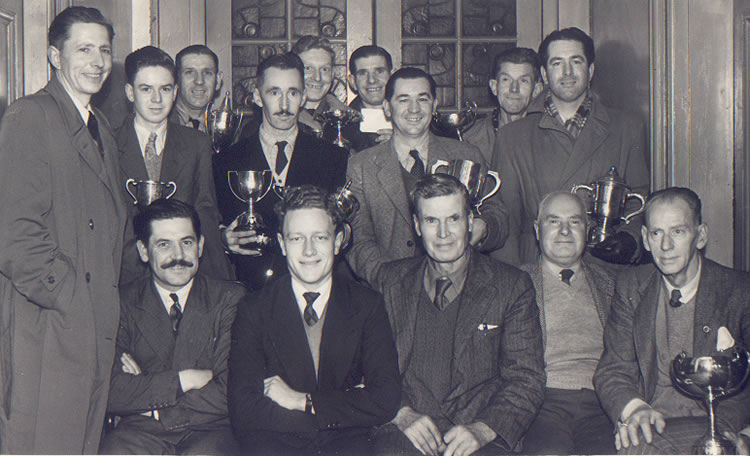 These wonderful years for FAS were largely down to the vision of a former club Chairman and the late, very much missed Match Secretary at the time, Mally O’Connell. Between the pair of them they put together a very good match squad and developed Badshot Lea Small Pond into a dedicated match fishery, by stocking it with some Carp that produced fantastic sport and offered something no one had seen before.

Farnham was one of the first clubs in the country to make this radical change and this in turn is what brought all the top anglers to our area, which 30 years later, many clubs then followed suit to try and compete with commercial fisheries.

This golden era for club fishing started to wane as commercials started popping up all over the country, making fishing competitions easier for the anglers with less ability and who were not club affiliated, and match attendances all over the country started to drop as to too many matches were held on easy to catch waters.

This time also coincided with FAS’s premier water, Badshot Lea Small Pond, having a big fish kill that all but wiped out our match carp stock and resulted in a fishery closure of a few months. On re-opening the water, whilst it was evident our 100 lb+ match weights were a thing of the past, the water reverted back to a more natural fishery with a medium density stocking, providing the very good ‘all round fishery’ that we have today. 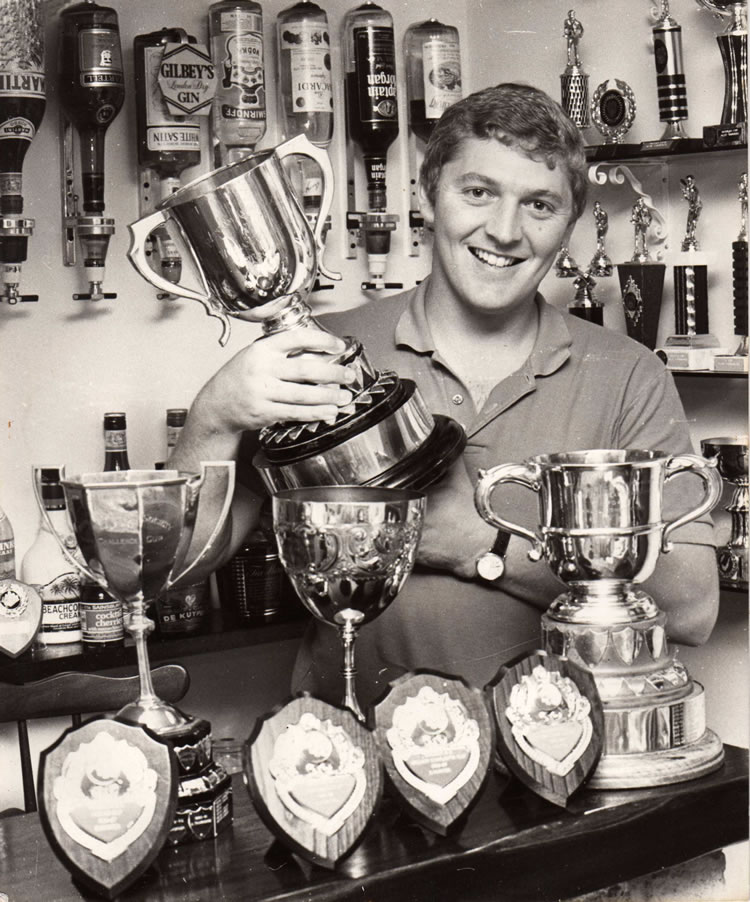 An insight into the match fishing with FAS

All competitors wishing to fish a club match need to ring the Match Secretary to pre-book a ticket. Farnham’s matches are very popular and most of the club matches are over subscribed due to the numbers of pegs available on our club waters versus the size of the club’s membership. Draw time on Sundays is 08.30 hours prompt, so most anglers get to the venue approx 30 minutes early to unload all their tackle and strap it to their trolleys and barrows, in preparation to take it to the peg that they pull out of the bag at the draw for pegs (swims).

The draw consists of the Match Organiser booking every one in, collecting pools money and selecting the correct amount of pegs to run as fair as possible event. It is the Match Organiser’s responsibility to divide the venue into fair sections of 10 or so pegs, which is different on every venue, so experience is key to this aspect, as ‘form’ on fisheries change from Spring to Summer, Autumn to Winter. So knowing your waters is paramount in running a good match and getting the best match weight averages from any given venue.

At the specified draw time, the Match Organiser will call all the competitors together, and run through any water specific rules eg nets/baits/limits/banned methods etc. Any anglers found disregarding any of the laid down regulations during the course of the match will be disqualified and possibly banned from future competitions. Once the admin side is all sorted out, the draw itself takes place, taking about 5-10 minutes to complete, depending on the size of event. There is always a real buzz in the atmosphere at the drawing of pegs, with anticipation and excitement of your individual peg, due to the fact everyone knows there are certain pegs known as ‘flyers’ which pose the best opportunities of a great days sport – at the other end of the spectrum we have the pegs known as ‘drains’ which can be no hopers or more difficult to ‘frame’ from, ie to get a section win or finish in the top 3 places.

The draw will also decide what anglers are going to get the weigh boards and scales and who will be responsible to weigh in their respective section at the end of the competition. The draw is a very important part of the match organisers remit, it must be seen to be totally transparent so all competitors know it is always above board. At Farnham, the Organiser gives the draw bag full of pegs to a different competitor who will hold the bag as each angler is called forward to draw their individual peg. This system ensures that the draw is always black and white; the Officials never draw their own pegs. 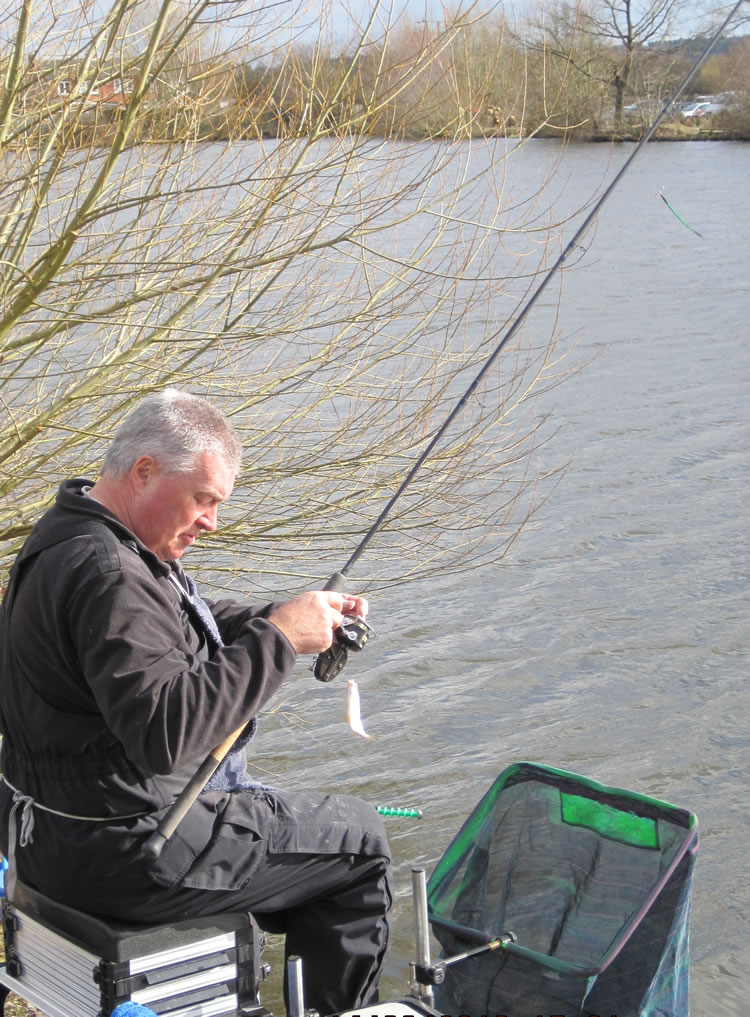 On arrival at your designated peg, this is where the serious business begins. Most good match anglers go to events really prepared with a match plan and will have done some of the preparation in the days leading up to the event, preparing bait as in pellets, meat and casters which all require a bit of dedication if you want the best bait possible. You can of course purchase mainstream bait, but it will be the same as every other competitors. There is also tackle preparation to be considered, like made up rods in hard cases, various waggler and feeder set ups to save time, and specialised rigs for long and short pole work, to name but a few.

Once you have completed all of your tackle set up, and have everything comfortably to hand, the final minutes before the whistle is blown to signal the start of the event will normally be spent sorting out your bait table, sieving ground baits, putting water with meat, pellet and caster, preparing chopped worm mixes, and making sure you have enough bait out of your cool bag ready for the initial feed.

This will very much depend on how you are going to set your peg out, and by this I mean how many lines you have decided to feed. Are you going to start with a positive or negative approach ? What methods are you going to employ to get the bait to the desired areas of your swim ? The choices and permutations are endless with cupping kits/toss pots/sprinkle feed pots/catapults/frame feeders/method feeders/crumb feeders/maggot feeders and PVA bags to name but a few. But make no mistake; this element of the matchman’s armoury is by far the most critically important. You can have all the best tackle in the world, it will not mean a thing if you do not know how to feed the swim properly.

The top rods on the circuit know when to feed/what to feed and what quantities they should be introducing as the match progresses. They will be building the peg for the all important final 90 minutes where most competitions are won and lost, they know from extensive experience when they can ‘force the peg’ and ‘feed aggressively’ to prompt a response and they will also know when to start ‘backing off’ to ‘nurse the peg’ to extract those final few fish which often are the difference between winning and losing. Confidence in ones own ability is key to successful match fishing, and like all sports, you only get out what you put in. The harder you work in the 5-hour duration will generally determine your result ratio.

On the final whistle, signaling the end of the competition, all lines must be removed from the water, if a competitor is already playing a fish when the whistle blows, under NFA Rules, you have 15 minutes to get this fish out for it to be eligible. If you go past this time the fish will not count, but this scenario is very rare.

Anglers will start packing their tackle away on the whistle and start waiting for the scales man and steward to come round and weigh their catch in and record it on the section weigh sheet which at Farnham is always recorded in pounds/ounces and drams. All competitions are decided on overall weight and not amounts of fish.

When the weigh in has been completed the Organiser will put the weigh cards together to sort out the final positions before conducting the final payout, by calling the relevant anglers forward to pick up their money purse.

This time at the end of the match is also a hive of activity where the anglers will talk tactics and ask each other what worked and what didn’t and a pattern often emerges on how the fish responded to different approaches in a given set of conditions: always providing food for thought and normally raising more questions than answers !

This time is also utilised for competitors to book up future matches with the Match Secretary.